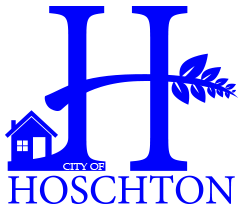 STARTING DECEMBER 1, 2020 A RECYCLE RATE WILL REFLECT ON YOUR WATER BILL FOR $3.00 PER CAN PER MONTH. IF YOU DO NOT WANT YOUR RECYCLE CAN, PLEASE CONTACT CITY HALL AT 706-654-3034. REGULAR GARBAGE CARTS WILL STAY AT $15.50 PER CAN, PER MONTH. SHOULD YOU HAVE ANY QUESTIONS, PLEASE CONTACT KAREN AT KBUTLER@CITYOFHOSCHTON.COM

The City of Hoschton is a small community and a wonderful place to call home.  It is located just off Interstate 85 in Jackson County in north Georgia, about 35 miles northeast of the Atlanta perimeter.  Jackson County is included in the 10 fastest growing counties in the country yet offers an abundance of open spaces and unspoiled views of the state’s Piedmont Region – just south of the Blue Ridge Mountains.  Our climate is moderate, pleasant, and enjoyable for a wide variety of outdoor activities.

Our city mixes the advantage of small town living and the convenience of being less than 45 minutes from urban areas such as Athens, Gainesville and metro Atlanta for shopping, dining and entertainment.  On behalf of all of our citizens, please visit our community and make yourself at home!

The City of Hoschton has authorized their Consulting Engineers to undertake a water main improvement project consisting of upgraded water lines to improve water quality, flow, and fire protection.

The Engineers will be surveying along these roads and streets over the next several weeks in order to design the most feasible locations for the new water mains.  The Engineers may be locating property corners but will not be traversing any private property.

This report includes the items that City Hall Staff and I have been working since the May Council Meeting: